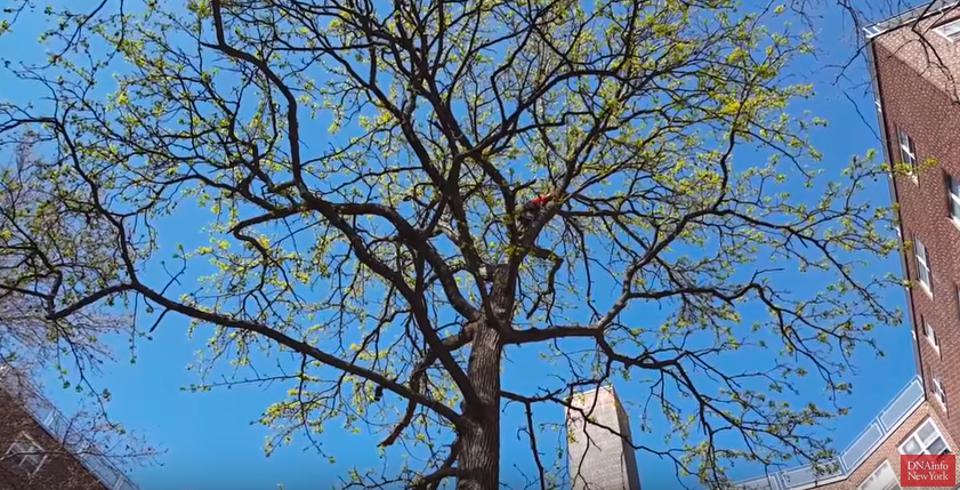 Along with the joy of keeping a cat, comes few basic responsibilities. For the indoor cats one of the biggest curiosity is the world that they see on the window! Cats are so curious and if they see something interesting outside like a bird they can jump after it without knowing they can be in danger. This is the reason why you need very safe windows when you have indoor cats.

Missy is a 2 year old cat who had been stuck in a tree for five days after climbing out of an open window in her owner’s home, in Bronx.

After some city agencies declined to help, Pedro Rosario put his life in danger and made his way high up the tree to rescue the kitty. Missy was about half way up the tree, but the night before the rescue, some people were throwing some pebbles at her, in hopes she’s come down. But Missy got scared and climbed higher.

“I guess she was chasing a squirrel or something,” Missy’s owner said.

“I got on the tree,” Rosario said. “I climbed all the way up to the top, grabbed the cat, got bit by the cat, got scratched by the cat. But we got it down.”

You can watch the amazing rescue mission in the video below.