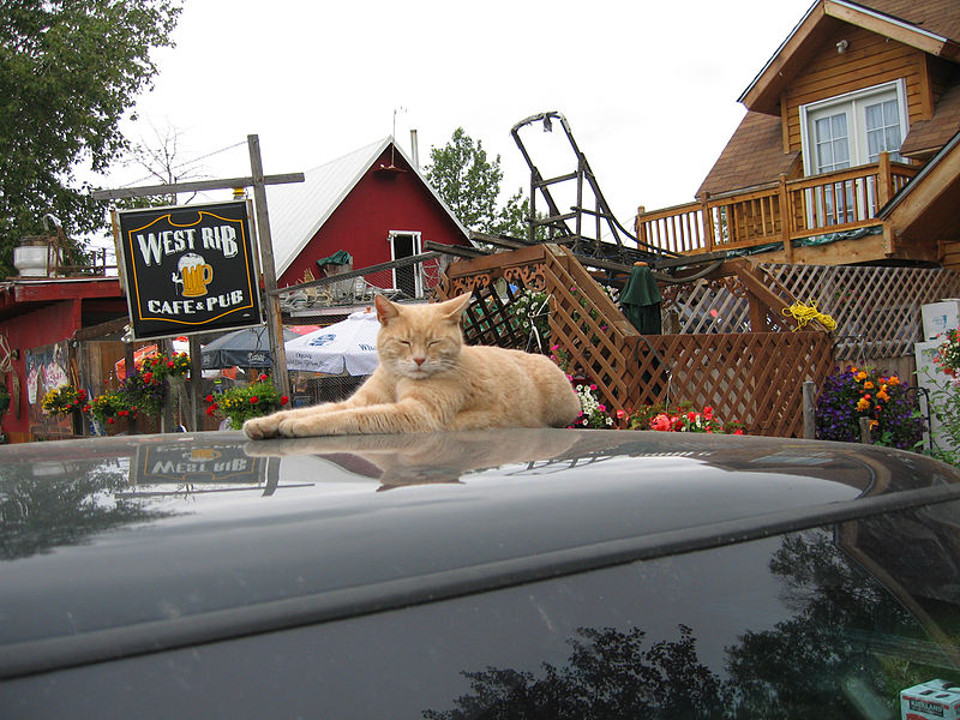 In 1997, Lauri Stec, manager of Nagley’s General Store, found Stubbs in a box full of kittens in her parking lot. The owners were giving the kittens away. The reason why Stec chose Stubbs was because he did not have a tail.

Since July 1997 Stubbs has been the honorary mayor of Talkeetna, Alaska. Everyone love Stubbs! Stubbs is also a turistic attraction, he receives cards and letters and many tourists visit him every day. Stubbs’s position is honorary, as the town is only a “historical district”.

The people of this small town feared for the life of their mayor when, in August of 2013, Stubbs was attacked by a dog. This left him with 12 stitches, a punctured lung, and fractured sternum. Has was treated in a veterinarian hospital for for nine days before he was allowed to come back home and recuperate. Even if he is getting old, he was still able to make a full recovery after this dog attack. So he continues living happy as a mayor.