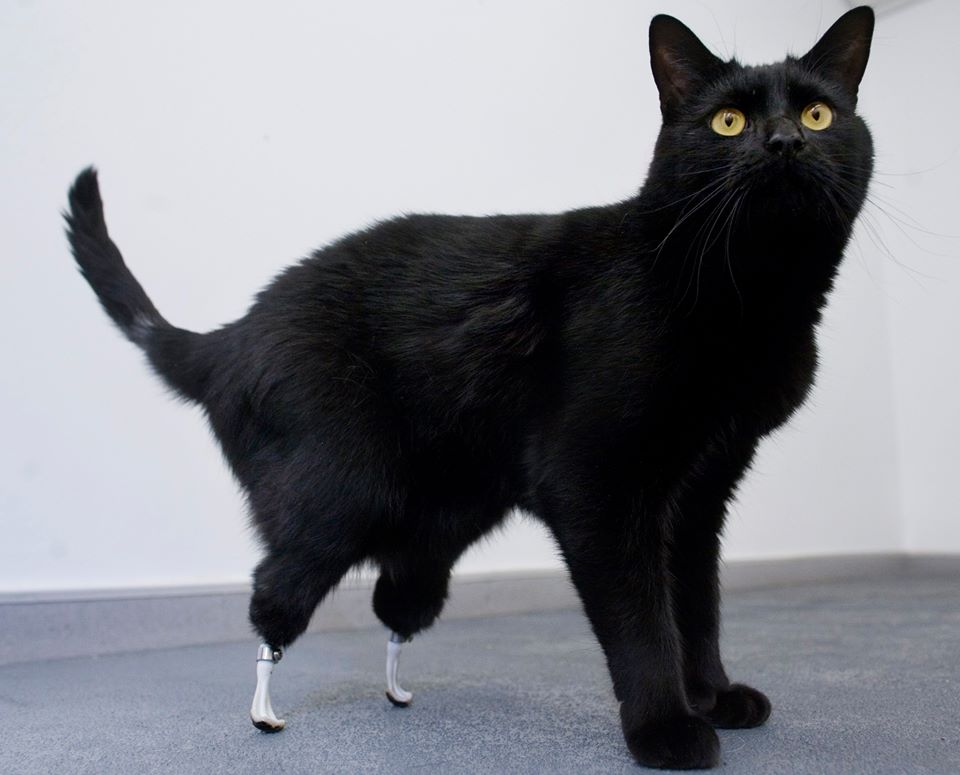 Oscar the cat had in 2009 both hind paws severed by a combine harvester. The legs were cut between the ankle and the foot. Oscar was later found by a passing cyclist who then brought Oscar to his owners’ home.

His owners were referred by a vet on to Dr Noel Fitzpatrick, a Surrey-based neuro-orthopaedic surgeon. He proposed a radical surgery that would involve “fusing metal and bone”. They decided to go ahead with the operation and the results were amazing. Oscar awoke from the surgery and began immediately to walk and explore.

“Still doing fine. Is curled up on the sofa. He is 10 this year!” wrote Oscar’s mom on his Facebook page recently.