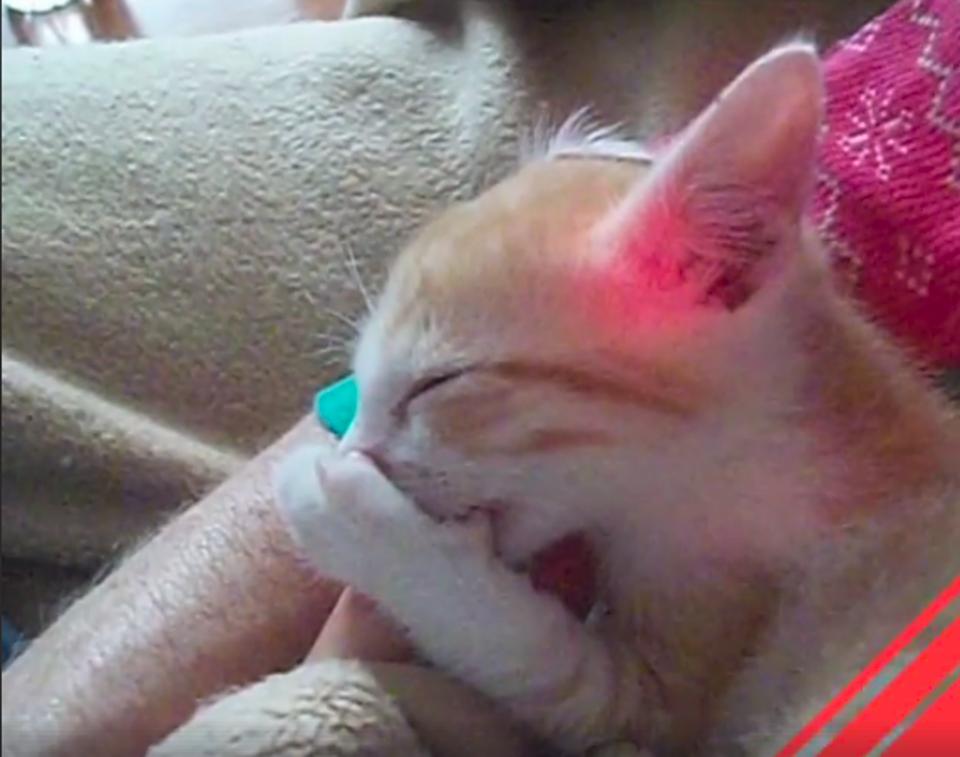 No one can watch a kitten while he is playing and not fall in love with him. Tiny soft paws jumping, grabbing and ferociously kicking anything that finds interesting. Kittens can entertain un in a few seconds. A kitten’s ability to leap, twist, dash and climb keeps its owner happy and entertained. What other pet can turn a paper sack into a covert cubbyhole from which it launches a barrage of kitty-attacks before falling fast asleep? And some of them only using the security thumb!

Cat suckling can occur when cats suck on their nipples, other areas of skin, their thumbs and other objects. Both kittens but also older cats will “nurse” on objects, or in specific cases on their thumb. This is commonly called suckling. In concert with the suckling behaviour, cats will often purr, and knead as if they are still nursing. According to ASPCA, suckling can also be a sign of stress, compulsive behavior, or even just happiness or contentment.

The causes of cat suckling can include being separated from cat mom too early. Ideally, kittens should not be separated from their mom earlier than eight weeks. Kittens rely on their mother’s milk for a good growth and development. In many cases, kittens begin eating strictly solid foods at the age of 8 weeks, and then may be ready to leave their mothers for good. The organization Cats International also recommends keeping kittens with their fellow litter mates and their mother until about 8 weeks in age. In general, it is safe to allow kittens to separate from the mother cat at this specific age, but usually no younger than that.

The kitten in the video below can’t sleep without his security thumb! We don’t know his story but he definitely doesn’t look unhappy. He looks very relaxed in his human’s arms and he is totally adorable!