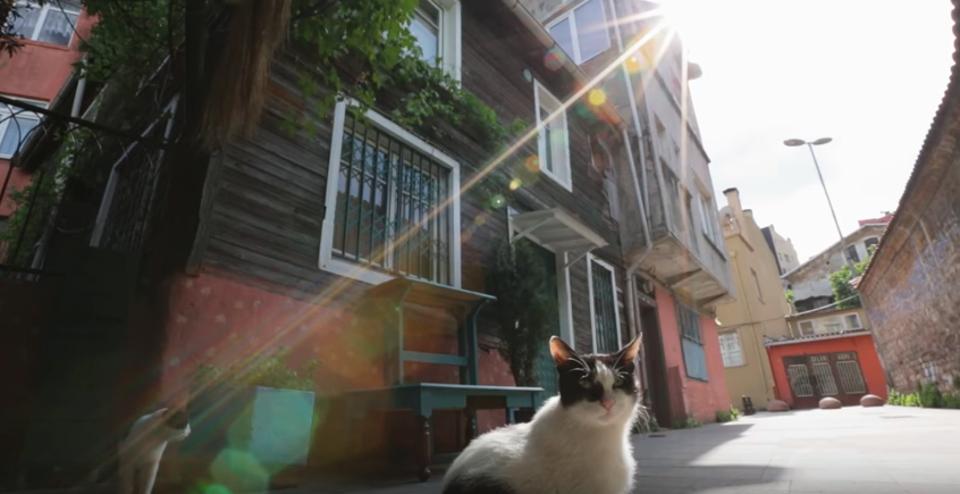 Kedi is a Turkish documentary film about the many stray cats that live in Istanbul. It premiered at the ‘Istanbul Independent Film Festival’ on February 21, 2016. It was released theatrically in the United States on February 10, 2017.

Thousands of street cats live in Istanbul, the largest city in Turkey, as they have for centuries. Some are wild and fend for themselves, while others are tamer and are cared for by people. Kedi depicts these cats, and includes many interviews of the people who interact with them. It focuses on seven of the cats, who are named Sari, Duman, Bengü, Aslan Parçasi, Gamsız, Psikopat, and Deniz.

They each have their own profession: Sari is a hustler, foraging for tidbits for herself and her kittens. Aslan is a hunter, fending off the rats that like to gather at a local fish restaurant. They each prowl a different neighborhood of Istanbul, and each has a bevy of humans at his or her beck and call.

The director and crew initially selected thirty-five cats that the movie might focus on. They filmed nineteen of them, then chose seven to be featured in the final cut of the film.