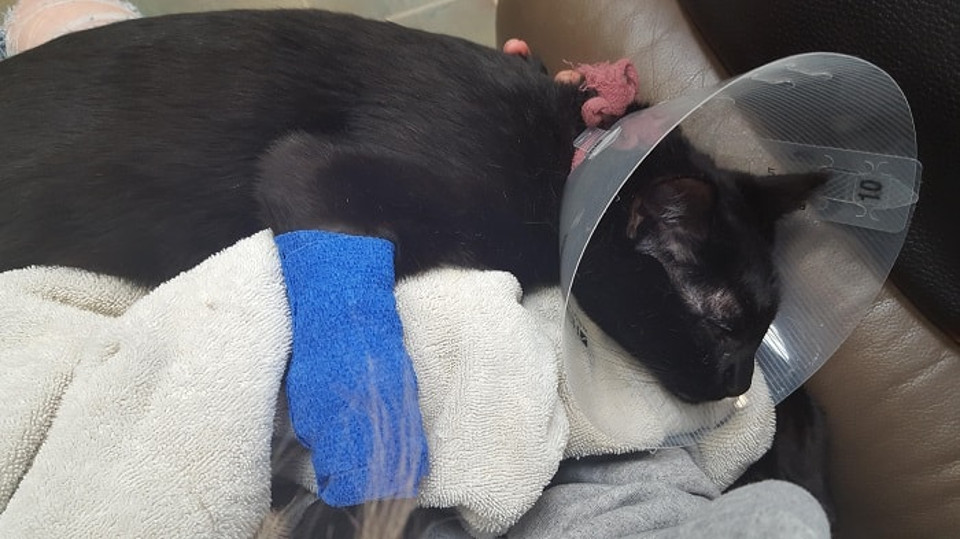 Ollie the cat almost died after he got into an everyday household item. Ollie was adopted from a shelter when he was just a tiny kitten.

He was a healthy cat without health issues, until one day when he began vomiting uncontrollably. At one moment stopped moving completely. His mom rushed with him at the emergency vet, where they performed x-rays and blood tests. After some investigations the vets discovered that he had a large mass in his stomach and intestines. They had to perform an emergency surgery to remove the mass…

The vets and his mom were horrified to discover the item that caused the cat’s symptoms: hair ties.

“When they showed me this bag of hair ties I wanted to hit myself. I felt so horrible for my ignorance. I would see him chewing up my hair ties and I would try to stop him, but I did not see or know he was actually swallowing them”. Ollie’s mom wrote on Imgur.

‘I wanted to tell this story because I’m not sure if other people know this about cats. Ollie almost died. I don’t want this to happen to other cats and cat owners. NEVER LET YOUR CAT CHEW ON ANYTHING FOR THE LOVE OF GOD. THEY LOVE TO SWALLOW WEIRD S***”. she wrote as she wants to warn pet owners everywhere.

Ollie is now recovering from his surgery and he is fine.