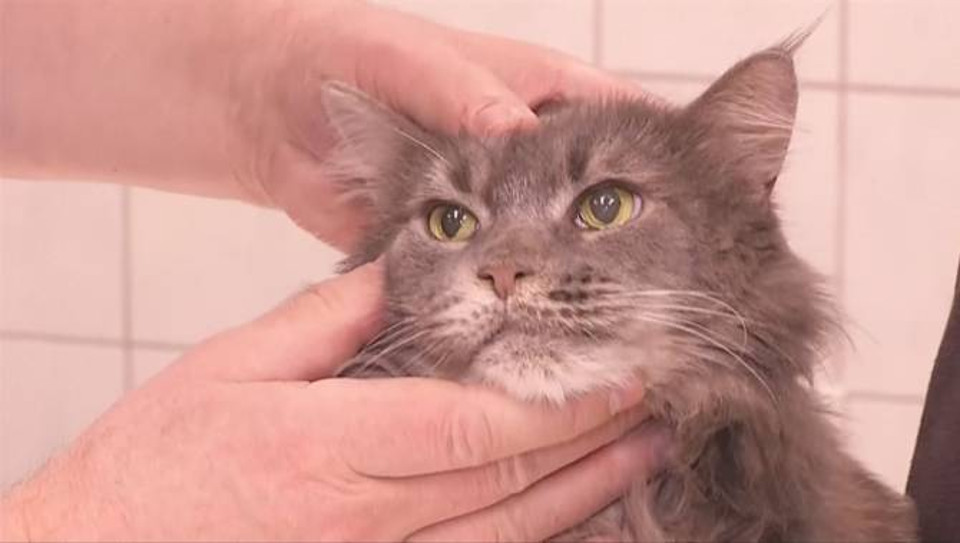 Liza, a cat from Poland was diagnosed in July 2016 with a meningioma and MRI and CT scans showed that the tumour filled almost the entire right half of her brain.

Liza’s owner and the veterinarians decided to go ahead with a risky tumour removal surgery. The intervention was long, it took an hour and 15 minutes.

“We regularly perform this (type of) surgery, but the tumours, meningiomas, are usually much smaller, but if after the removal of such a large tumour everything comes back to normal as far as the vital functions are concerned, then it is undoubtedly a phenomenon,” said the head of surgery at the Wroclaw university, Prof. Zdzislaw Kielbowicz.

Veterinarians are amazed Liza survived with only half her brain. Six months after the surgery, there are no restrictions to Liza’s movements and the only visible sign she had major brain surgery is a delayed reaction of her left pupil.

Another difference is that Liza stopped fighting with her cat neighbours in the flat as often as she used to.