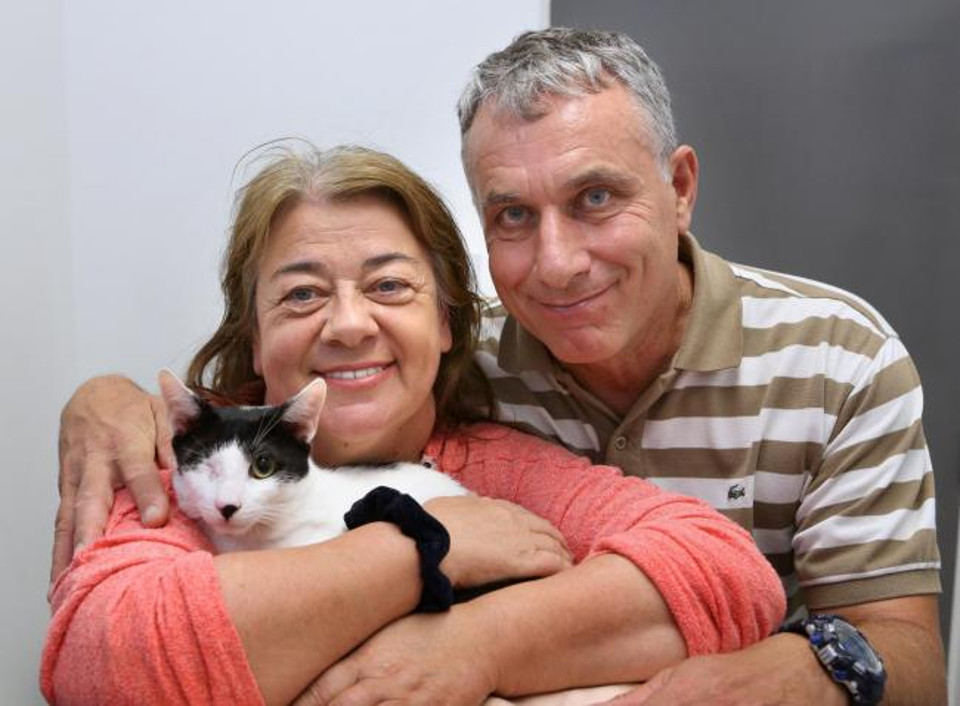 Tic, a nine-month-old black and white kitten went missing from his home from UK for two days. When he returned home, his owners were shocked to see him with severe head and eye injuries.

Tic’s owners, Claire and Stephen Morgan rushed him to Prince Bishop Veterinary Hospital in Leadgate. After some X-rays the vet discovered airgun pellets lodged in his skull, behind his ear and in his abdomen. The vets that treated him described this as “one of the cruellest cases” they ever met.

Vets needed to cut away part of his intestine to remove two of the pellets. They also removed one of Tic’s eye as it wouldn’t heal. The third pellet in his skull couldn’t be removed as it is locate in a very delicate area but it is not expected to cause any problems.

“Tic has been very lucky and we expect him to make a full recovery even though he has been shot three times and undergone major surgery.

“He is a very sweet cat and we can’t understand why someone would shoot an animal. To shoot him three times is just horrifying.”

“Cats will normally flee if they are under threat, so he must have been shot three times in quick succession or he was unable to move after the first shot and they have fired two more pellets at him while he was immobile”. Vet Dr Emma Hindson said.

Tic was rescued while he was a kitten together with his brother Tac after their mother was eaten by a fox.

Tic is recovering now at his home in Delves Lane, near Consett.