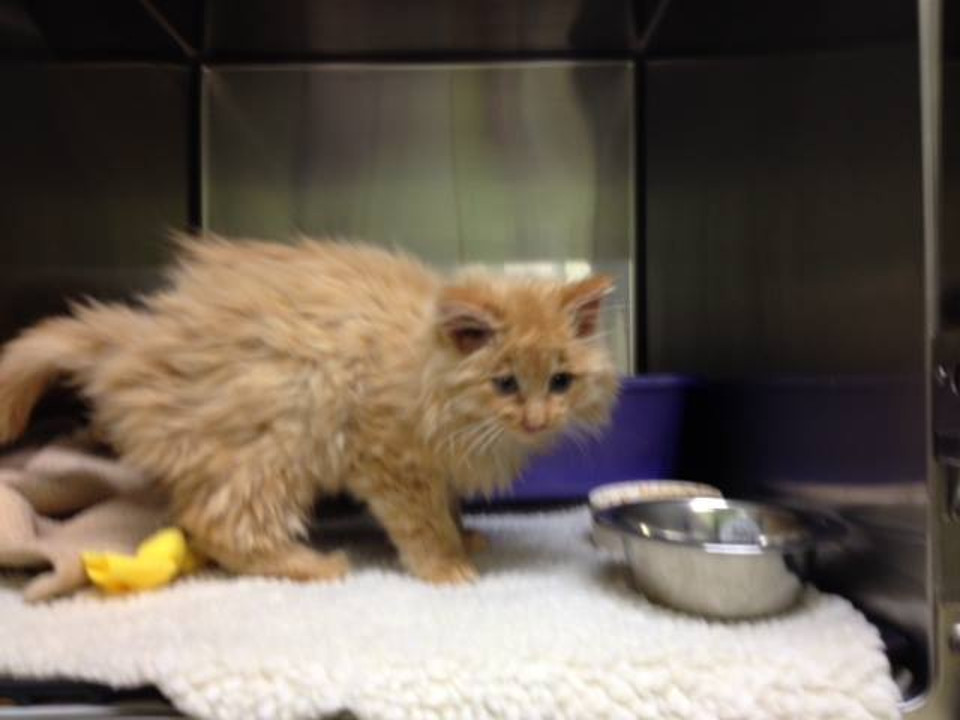 “It was a small orange kitten nearly frozen. Our best guess is he was somewhere under a vehicle to get out of the elements. When the vehicle drove away he possibly was still in it and at some point he either jumped or fell out onto the highway. Traffic was going slow. The wet blowing snow stuck to him right away. He wasn’t moving very much, but was meowing non-stop.” Saskatchewan RCMP wrote on Facebook .

Cst. O picked him up and put him in his truck and he dropped him off at the veterinary clinic. He checked in later to see what happened and he was happy to see the little guy was alive and alert and meowing away!

“We actually couldn’t even get a body temperature to register for him until about 45 minutes of working to try and get his body temperature to increase. He was obviously very hypothermic and very frostbitten.” said Dr. Catherine Colodey, one of the veterinarians at Prairie Animal Health Centre who helped treat the kitten.

The kitten, who was named Ambrose, received warm water baths and warm canned meals. He was able to register a normal body temperature around noon with gradual warming in the baths. The tip of Ambrose’s tail may need to be amputated due to frostbite but otherwise should make a full recovery.

Ambrose is estimated to be between four and five months. The story has a happy ending as Ambrose was adopted by one of the doctors at the clinic!

An update about Ambrose was posted on Prairie Animal Health Centre – Weyburn Facebook page – “He is doing well and enjoying life with his new family. We are pretty sure he is getting spoiled.”