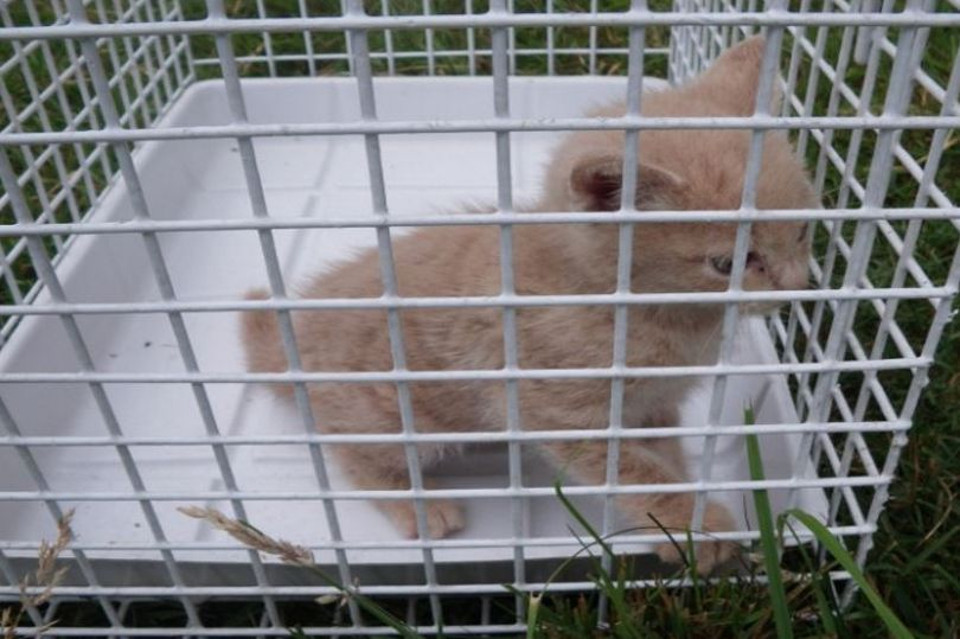 The RSPCA were called out to rescue a poor kitten who was stuck about 20ft up in the tree. The caller thought he’d been there for over 24 hours…

The team needed the help of a local fire crew to get to him. “It took more than 90 minutes to get up to the tree and find him among the dense foliage. When they found him he was huddled inside a pigeon nest with some nestlings.”

“There was a large, flat area atop the tree and the caller said she often saw an adult ginger cat in the sheep fields behind her garden so wondered if she was a feral and had given birth to the kitten up in the tree for safety.” said animal collection officer for the charity, Carol Smith.

People could hear the meowing but they couldn’t see him. Once up the ladder, they could see a pigeon nest with two young birds in it and then, all of a sudden, the kitten’s little head popped up.

Duane Lidgett, 37, from Brigg, was one of the heroic crew members who helped save the orphaned kitten. Following approval of his wife, Emma, a decision was made to take the kitten home and adopt him as a member of the family.

“We lost our 16-year-old cat in February and had said we wouldn’t get another one,” said Mr Lidgett. “But when I saw this little one how could we resist?” They named the lucky kitten Buddy.

“It was a nightmare of a job as the tree was so big and overgrown with ivy.” Unfortunately, the couldn’t find the mother.