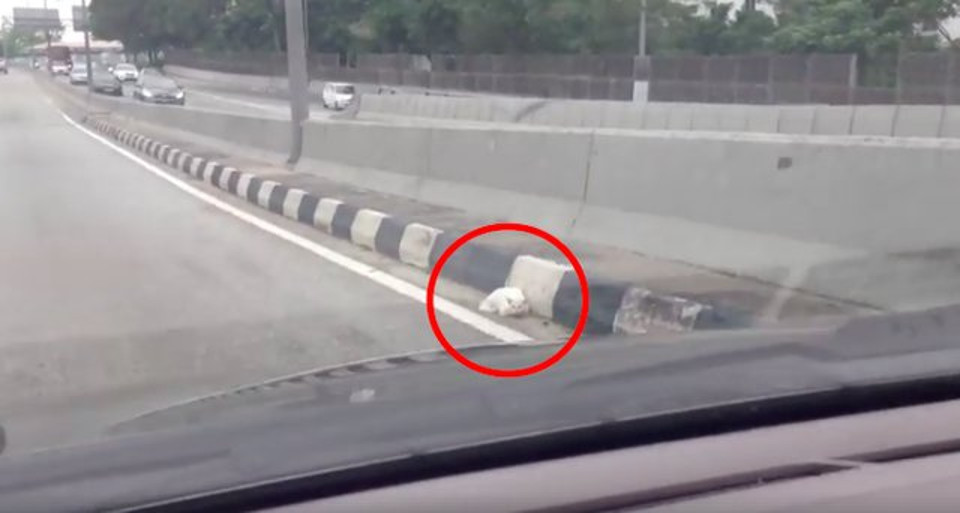 Masz Masuri was driving with his son on a highway in Malaysia when he noticed something white on the road. Initially he thought it was a piece of plastic but when he got closer, he realized it was actually a cat…

Masuri stopped immediately the car and hurried over to the cat who was shaking with fear. He put the cat into the back seat of the car.

Masuri is cofounder of Kitty Konnexion Community, an organization that helps stray cats in Singapore and Malaysia. He said the cat was traumatized and covered in dirt.

“It looked like Danga Boy was strapped to either a harness or leash and dragged across the road when it got loose and as it tumbled, it probably fractured the leg in the process,” Masuri said.

After this incident the cat, named now Danga Boy, has a fractured leg. He was taken at a veterinary cabinet for medical treatments.

Masuri posted him on social media and he found someone who will offer him a forever home! “A Good Samaritan offered to take over his case from us and request they not be named … to maintain their privacy, and we respect that,” Masuri said. “They even absorbed all medical bills from us and we ceased appeal for funds from then on.” In his new home he will live with several other cats.

“He is going to be a very happy kitty with lots of siblings waiting for him at home,” Masuri said. “For a common stray like Danga Boy, it is usually hard to get anyone to adopt immediately, and getting a response before the day even ends, makes me feel very satisfied and glad.”