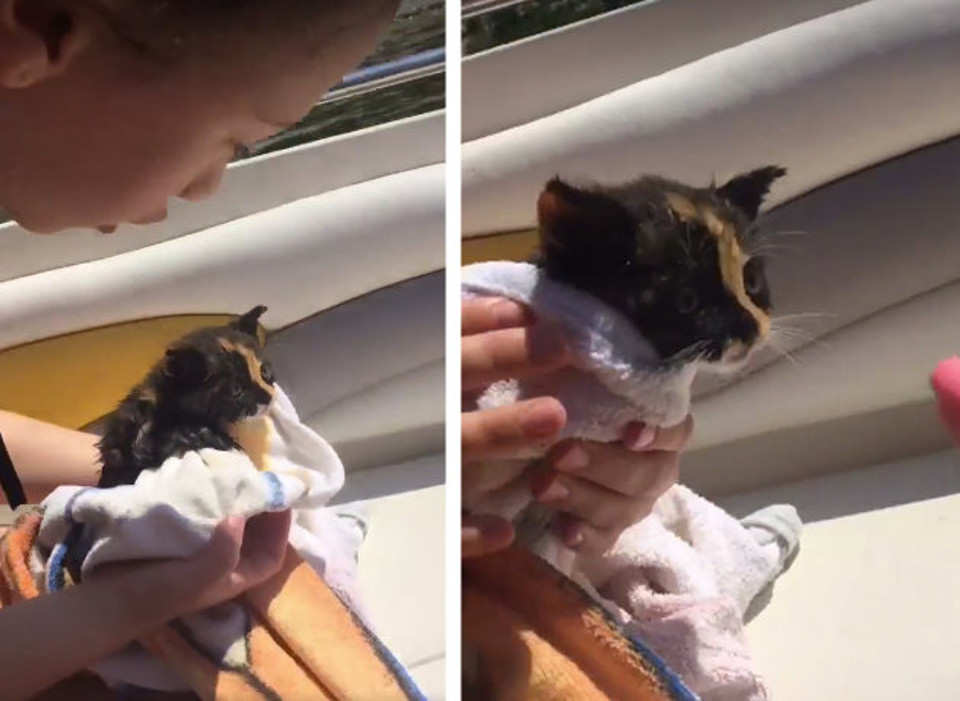 Natalia Nikitina and her family were out sailing on the Black Sea during their vacation. They were away from civilization as they passed a stretch of coastline when they heard loud meows coming from rocks nearby.

They weren’t sure were the sound was coming from, but then they noticed a black spot moving in the distance. They were totally surprised to see a tiny kitten jumping from stone to stone to get closer to them. The kitten was so determined so she jumped into the water and swam toward them.

Two of Nikitina’s family members jumped into the water to rescue the tiny kitten. They managed to bring her onto the boat. Thankfully, the kitten was unharmed, she was just very tired and starving.

Nobody knows how the kitten wound up stranded out there alone, but Nikitina believes she was abandoned by a human there, as she is very accustomed and friendly with humans.

The beautiful kitty is now safe, and not only that, but the family decided to adopt her! They named her Aurora. They her a “priceless gift.”

Watch Aurora’s rescue in the video below: