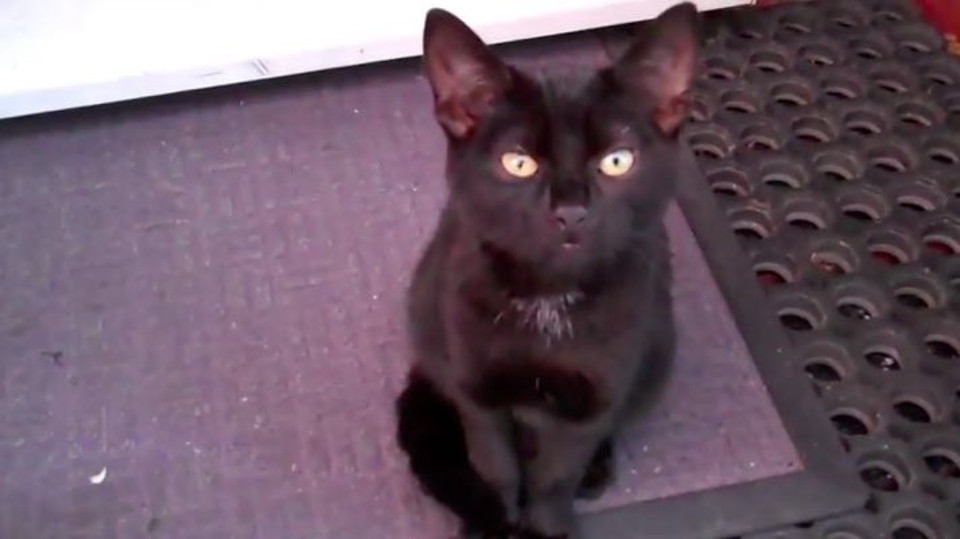 An adorable stray kitten showed up on a family’s doorstep meowing to get in! He stood in front of the door and wouldn’t move until someone opened the door for him.

The moment someone opened the door he started to purr, to meow, and to rubb on his new human’s leg, basically claiming him as his own!

The kitten, named Charbon, was not micro-chipped. There were also no replies to the “found” posters the family pasted up around the neighborhood.

“No microchip, and no response to posters, so he lives with us now. Named him Charbon. And he’s still as chatty as he was in this video.” his new owners wrote at the description of the video they posted on YouTube.

Charbon turned into a beautiful cat who lives happy with the family that he claimed as his own!