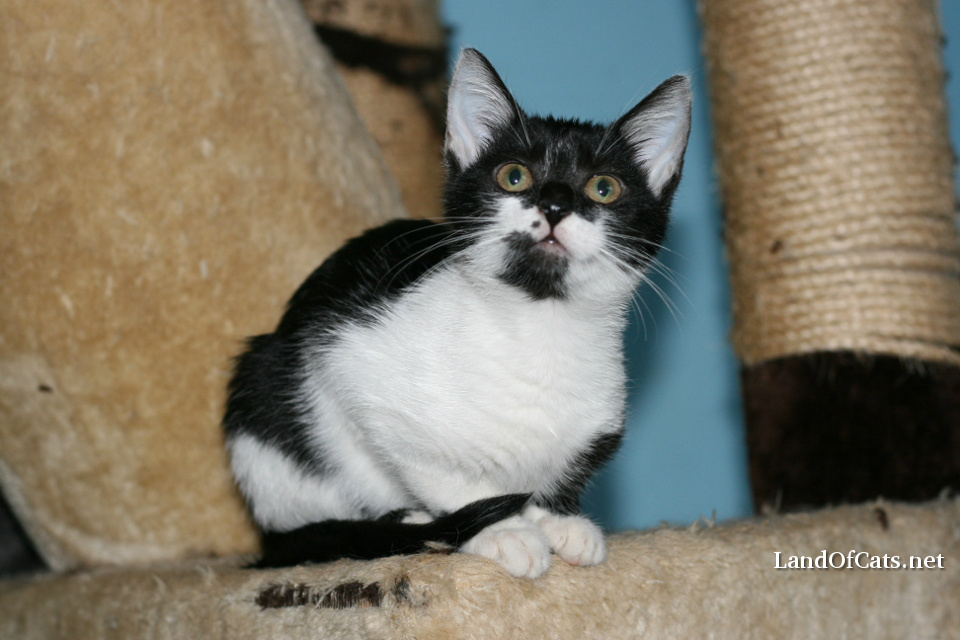 The random coloring of the black and white cats was a mystery for a long time.

Scientists thought till recently that piebald patterns form when pigment-producing cells move too slowly to cover the entire body of a cat while it’s still growing in the womb, having as result the white patches on the skin and fur.

A new research contradicts this theory. Dr. Ian Jackson, professor of genetics at the University of Edinburgh in Scotland and a co-author of the study, told that the piebald patches may actually result from a failure of pigment-producing cells to multiply.

“These cells originate from alongside the developing spinal cord and move through the developing skin so that they cover the whole body,” Dr. Ian Jackson said. “The piebald patches on animals, including humans, are almost always caused by a failure of these cells to fully populate the whole skin.”

“It was always imagined that there would be a signal that would tell the pigment cells where to go, but they just move at random,” said Professor Ian Jackson, “It’s like diffusion – if you put a drop of milk in a cup of coffee that milk spreads through the whole cup of coffee. Eventually the cells spread through the skin.”

The scientists have developed a mathematical model to track cells during early development which could now be used for further research into other conditions. The study was published in the journal Nature Communications.