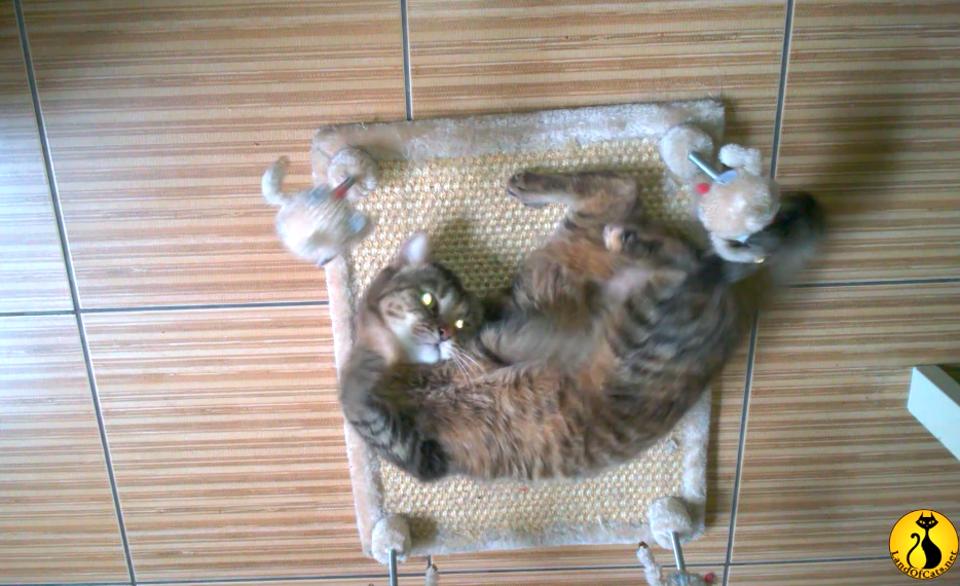 Nepeta cataria, also known as catnip, catswort, or catmint, is a species of the genus Nepeta in the mint family Lamiaceae, native to southern and eastern Europe, the Middle East, central Asia, and parts of China. The names catnip and catmint are derived from the intense attraction most cats have towards them.

Catnip contains the feline attractant nepetalactone, a volatile oil, that is found in the leaves and stems. Nepetalactone enters the cat’s nasal tissue, where it is believed to bind to protein receptors that stimulate sensory neurons. These cells, in turn, provoke a response in neurons in the olfactory bulb, which project to several brain regions including the amygdala and the hypothalamus, the brain’s “master gland” that plays a role in regulating everything from hunger to emotions.

About 70-80 percent of cats seem to be affected by catnip, and the behavior that results varies widely between individuals. Catnip doesn’t affect kittens until they are about six months old and begin to reach sexual maturity. Catnip is considered to be nonaddictive and completely harmless to cats.

In the video below you can watch some funny reactions of cats at catnip. Enjoy watching!