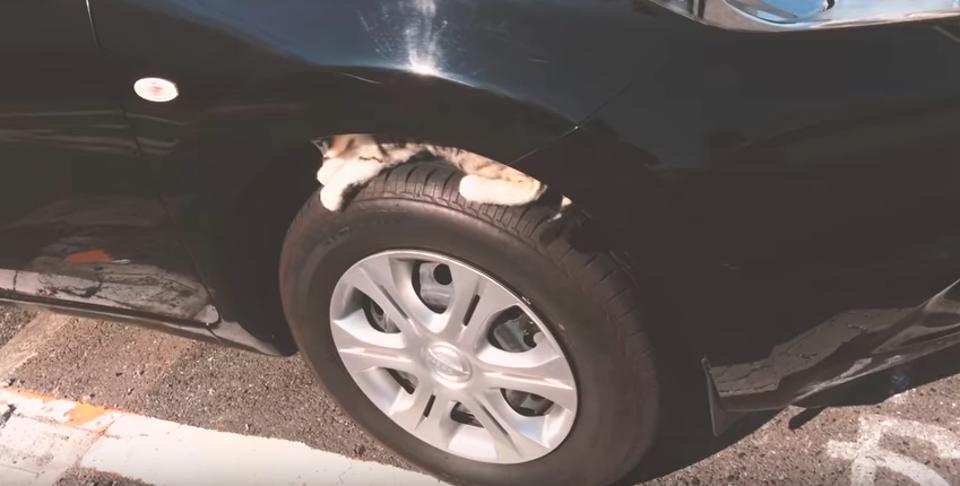 The video is full of messages like “Cats are cute but they can be a bit clumsy.” We can see some cute cats playing, relaxing, and just acting adorable. “They love keeping themselves warm. They even sneak under car hoods during the cold of winter” is another message of the video.

Cats often like to cozy up to cars because of the heat generated from their engines. The cars have numerous nooks and crannies that can be good hiding places for cats. Cats can also hide behind grilles, in wheel wells, and even on top of an engine under a closed hood.

The video is funny but it also has an important message that we should consider.