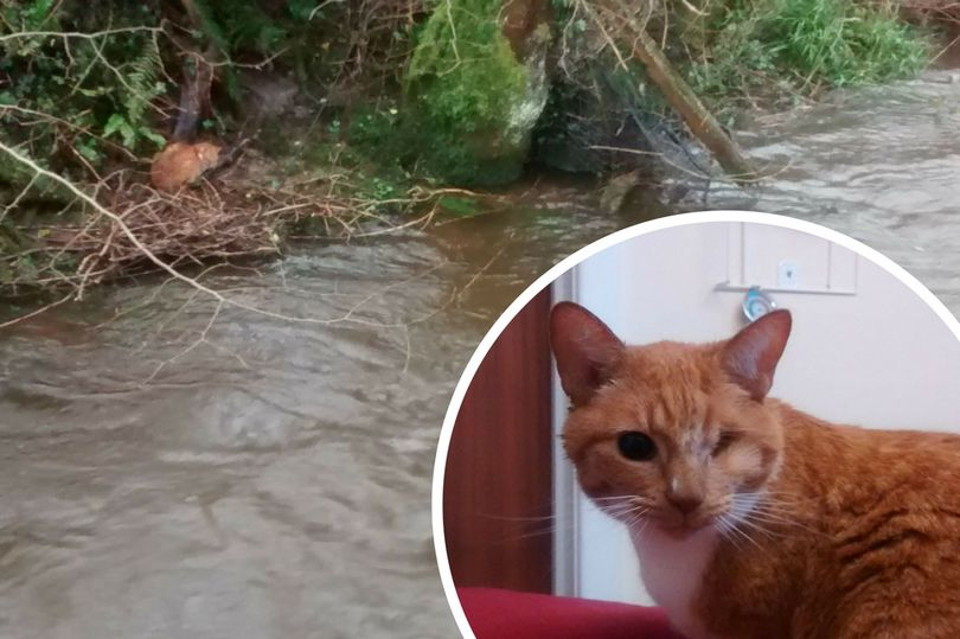 Cerys, a 11-year-old blind ginger cat remained trapped on a river bank in Ammanford for at least two days. The cat had been missing for three days and she became very weak from trying to stop herself from falling in the water.

Some kind hearted persons spotted her and they called a rescue team to remove her from the bank of the river. The rescue operation was successful and Cerys was reunited with her family.

“This poor cat was stuck next to a fast flowing river and wasn’t able to get out of danger on her own.”

“She may have fallen down the embankment or could have even washed down the river.

“The people who found her had made attempts to reach her, but were unable to safely.” said Nicole Wallace RSPCA animal collection officer.

“She must have been pretty scared being stuck there for that amount of time,” said Miss Wallace.

“She was really cold and lethargic so I quickly started to warm her and I took her to a vet for a check up.” she said.

Luckily Cerys was microchipped and her owners were tracked down. “The owners were in tears on the phone as they had been really worried about her as she had been missing for a few days.” said Nicole Wallace.

Even though Cerys has one eye she is actually completely blind.

She is a really lucky girl as she was spotted and it is wonderful this story has a happy ending and the cat has been returned to her owners.

Cerys’ story highlight once again the importance of microchipping your pets as having them microchipped gives them the best chance of being identified and returned to their homes if they become lost.

“I’d like to thank the caller who alerted us to this cat, along with Bush House Vets who were fantastic, and also to the fire service who were able to safely reach the cat who was rescued from a difficult predicament.” said Miss Wallace.