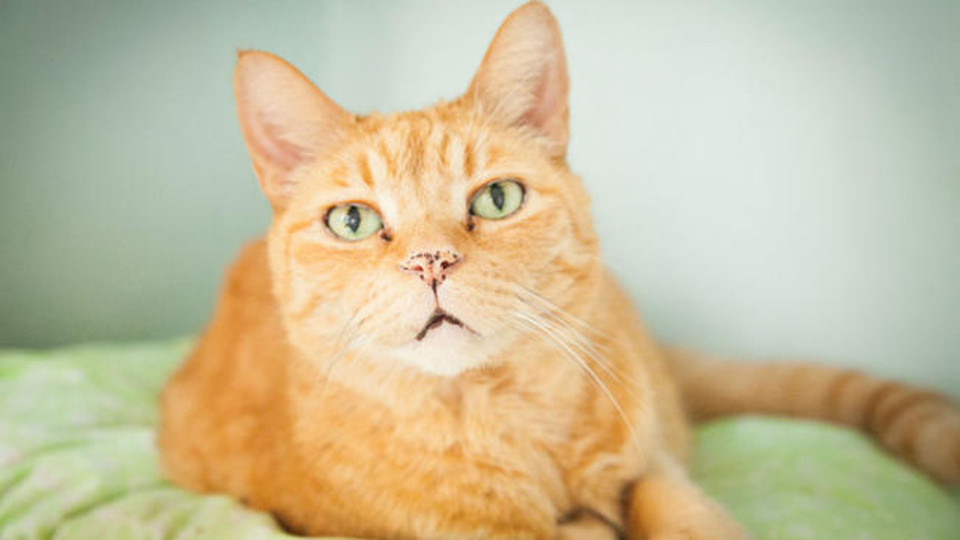 Thuzi was rescued when he was a kitten, he was found in the laundry room of an apartment building. A couple years later, in 2004, he was adopted but after about 10 years his owner began suffering health issues and had to return Thuzi to the shelter. Thuzi had a real family and a place of his own for 10 years, after he was returned at the shelter everything was changed for him. He had to live at the Tree House Humane Society for eight months. But Thuzi was really lucky as he had the chance to live out his golden years when he found his forever home and family last August.

“I’m retired so I wanted an older animal because I didn’t want one that would potentially out live me,” said Thuzi’s owner. “He’s absolutely a doll and I absolutely adore this animal”. “I brought him home, he sniffed around and found the rounds and where all the rooms are and the litter box and flopped down and went to sleep,” he said.

People shouldn’t hesitate to adopt cats in their golden years, they can be so sweet, loving and grateful!

Please SHARE this beautiful story with your friends and family!