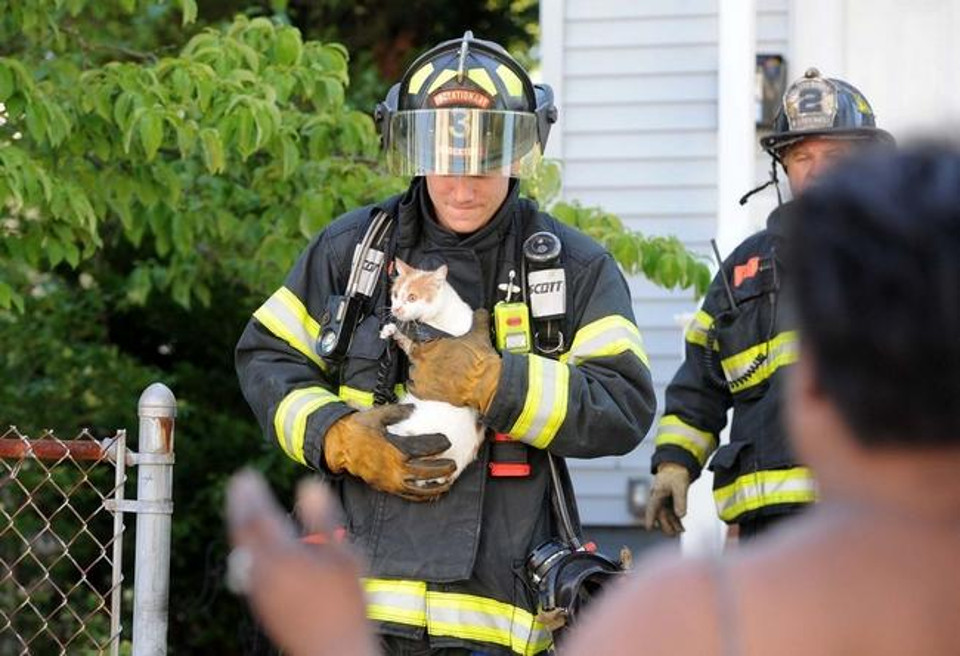 A Brockton building caught fire on Saturday. A women who lives there managed to quickly take out three kittens that were in her home. But she wasn’t able to find the cat mother who was hiding.

The cat mother, a white and blonde cat named Tinker Bell, was saved by a firefighter! The firefighter, named Francis Madden found the cat hiding in the closet.

“I was really worried about my kitty,” said Fuller. “I got the babies out, but couldn’t find her. … We were lucky.”

Fuller searched a several times the cat in the apartment before her husband pulled her out of the smoke-filled home. No one was hurt as a result of the fire.

“I thought she didn’t make it,” Fuller said.