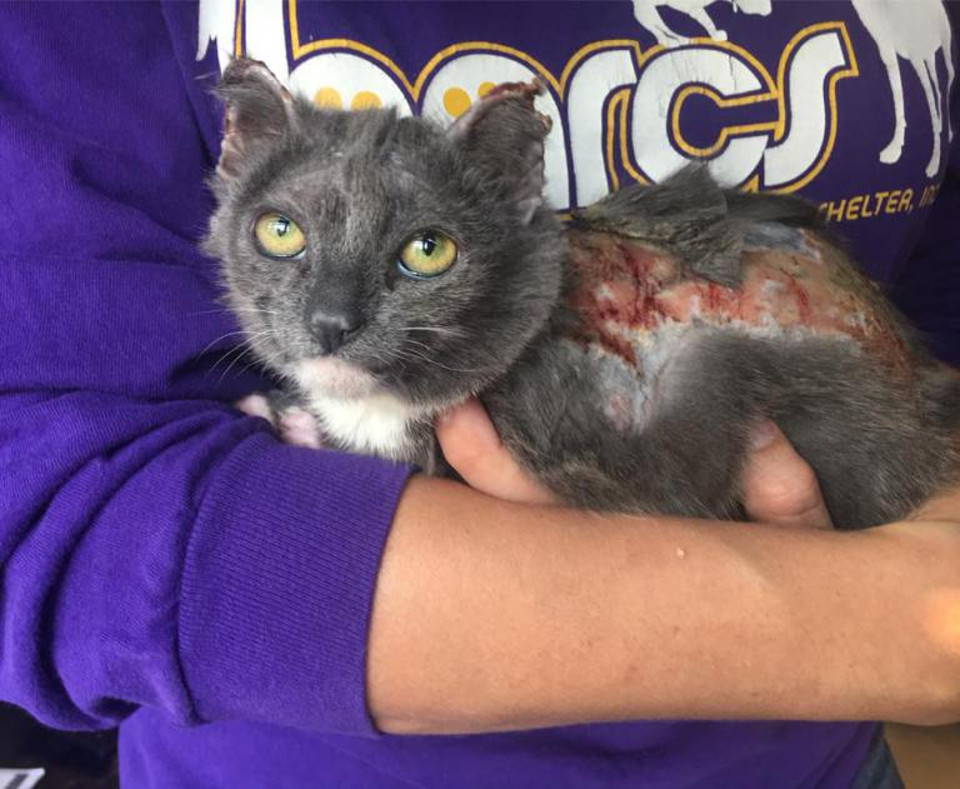 A kind hearted human found a kitten with burns on nearly 80 percent of her body on the front porch of a senior citizen’s home in south wast Baltimore. The lady contacted immediately Baltimore City Animal Control who responded and brought the little one to Baltimore Animal Rescue and Care Shelter.

The kitten, named Poppy’s been getting the care she needs with the BARCS medical team and with an experienced foster (also a BARCS staff member). They are not sure of how this happened to sweet Poppy, but they believe the burns are likely chemical or thermal.

“She is only eight-weeks-old, only just old enough to be away from her mother. Her burns are of unknown origin, but are likely chemical or thermal.” Poppy’s rescuers wrote on Facebook.

“Poppy will also need offsite medical care to give her the best chance at survival. At this time, Poppy’s chance of survival is considered guarded, because of just how far spread the burns are. She has lost most of her ears and nearly all of the skin and fur on her back. As the course of Poppy’s injuries progress, she will look worse, but these are all expected changes in the course of severe burns.” they wrote.

“There have been lots of concerned supporters asking if Poppy is suffering from her injuries. WJZ talked with her foster mom, Lisa, who explained that while Poppy’s condition is severe, she is still playful and full of snuggles and purrs. Poppy is getting excellent care.” her rescuers wrote.

The shelter refuses to give up on her and they will do anything possible to help her recover. If you would like to help Poppy please visit: baltimoreanimalshelter.org.