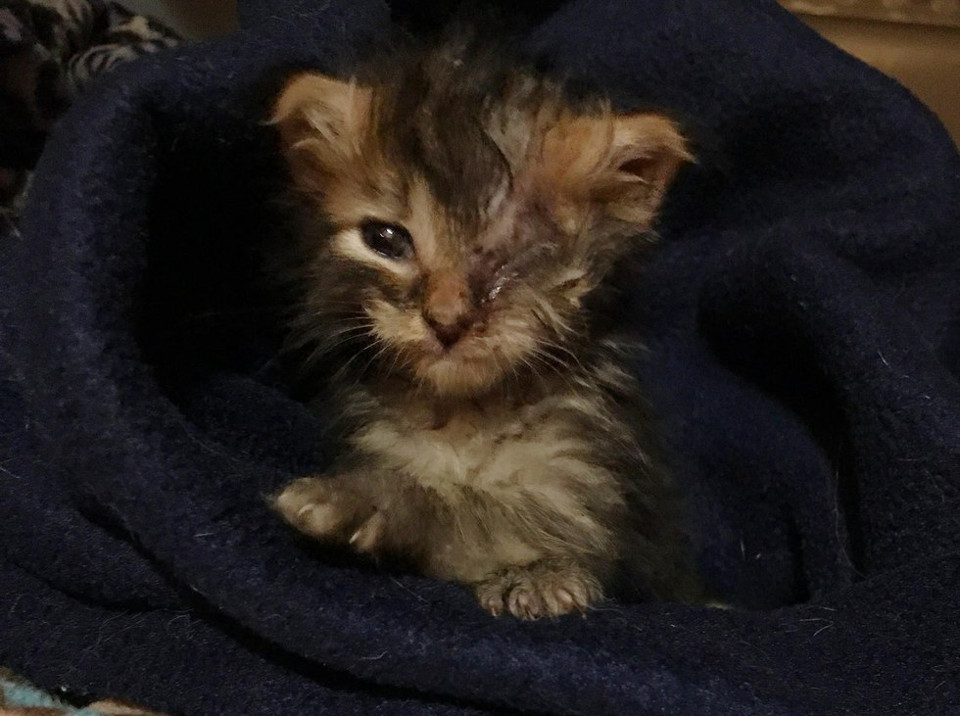 A tiny kitten was discovered by an animal shelter worker in West Virginia in the facility’s mail box on a hot summer day.

The moment she found him, she knew she had to act fast. The kitten was only 3 weeks old and in a very bad shape. One of his eyes was infected and stuck shut, he was severely dehydrated, flea-infested, and malnourished. He was suffering also with constipation, and UTI. The woman contacted Operation Fancy Free in Evans, WV, hoping that they could restore the animal’s eyesight and nurse him back to health.

Operation Fancy Free took the kitten in their care and named him Nestle. Nestle received the medical attention and nourishment he needed, and, while the infection threatened to take his eye, Null was willing to fight it back.

In a few days Nestle started to gain weight. It didn’t last long for him to learn to play with toys and to be more and more active. He has gained the strength to eat and poop without assistance or discomfort, and his eye is on the mend as well.

“He’s a champion fighter, and that will help him survive this,” Nestle’s rescuer said.