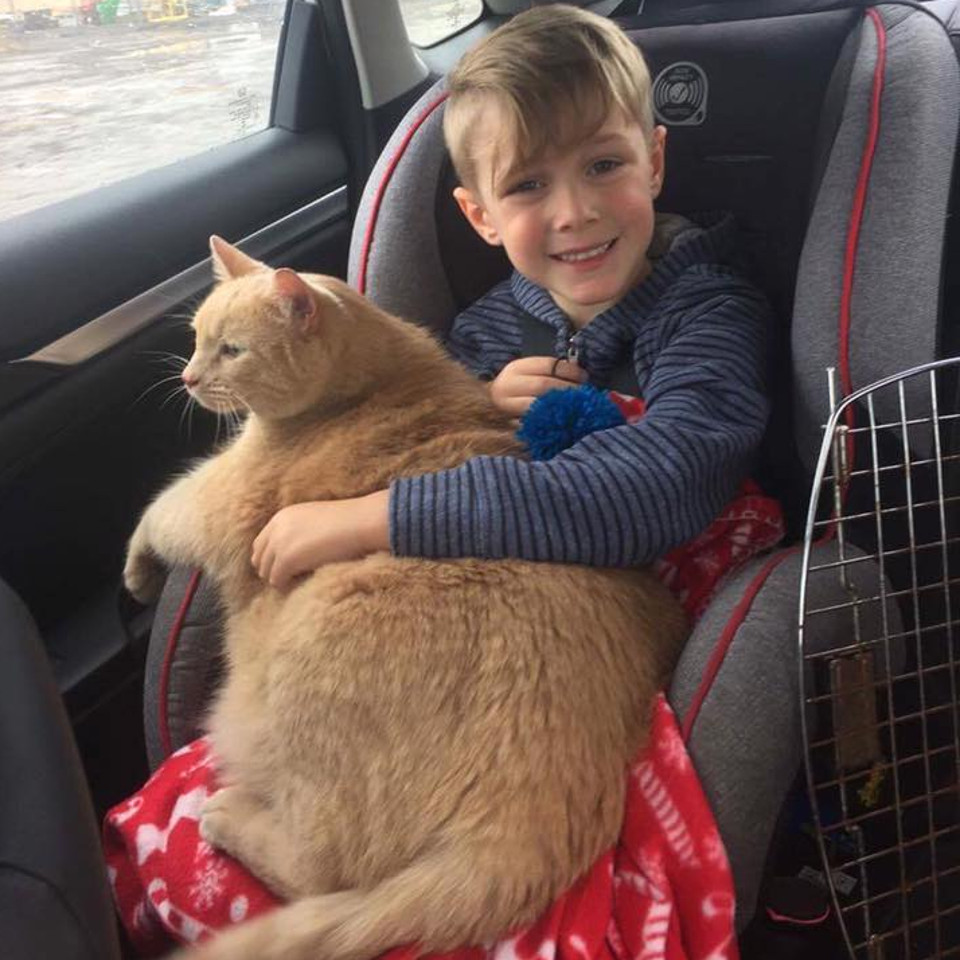 Senior shelter cats often wait much longer for new homes than their younger counterparts. Some wait for years till they find a home, others are never adopted. Tiny, a senior ginger cat lost his home and was taken in the care of The Exploits Valley SPCA, a volunteer- based, charitable organization dedicated to improving the welfare of animals. The team put him for adoption hoping someone will fall in love with him.

A family from Canada decided to adopt a new pet. The family went to The Exploits Valley SPCA and decided to let their young son, Easton to choose between a puppy dog or a cat. They let him choose with his heart.

As soon as the boy laid eyes on the large ginger cat, he knew he found the pet that he wanted to go home with. His choice was Tiny, the 10 year old overweight ginger cat who had just lost his home. Shelter stuff thought it won’t be easy to find Tiny a home but Tiny had the chance to be seen by Easton.

A strong bond was created between the senior ginger cat and the boy. On the ride home Tiny got out of his cage and cuddled in with his new owner and has been stuck to him ever since! Tiny is one very lucky cat!

“Easton’s Mom told him he could adopt a new pet. He had the choice between a puppy dog or a cat. He chose to adopt Tiny, a 10 year old cat who had just lost his home. On the ride home Tiny got out of his cage and cuddled in with his new owner and has been stuck to him ever since. ❤️ Great job Easton, Tiny is one lucky cat!” wrote Tiny’s rescuers on Facebook.

There are many other cats like Tiny in shelters waiting for someone to take them home. If you consider adopting a cat, give a chance to an older one!