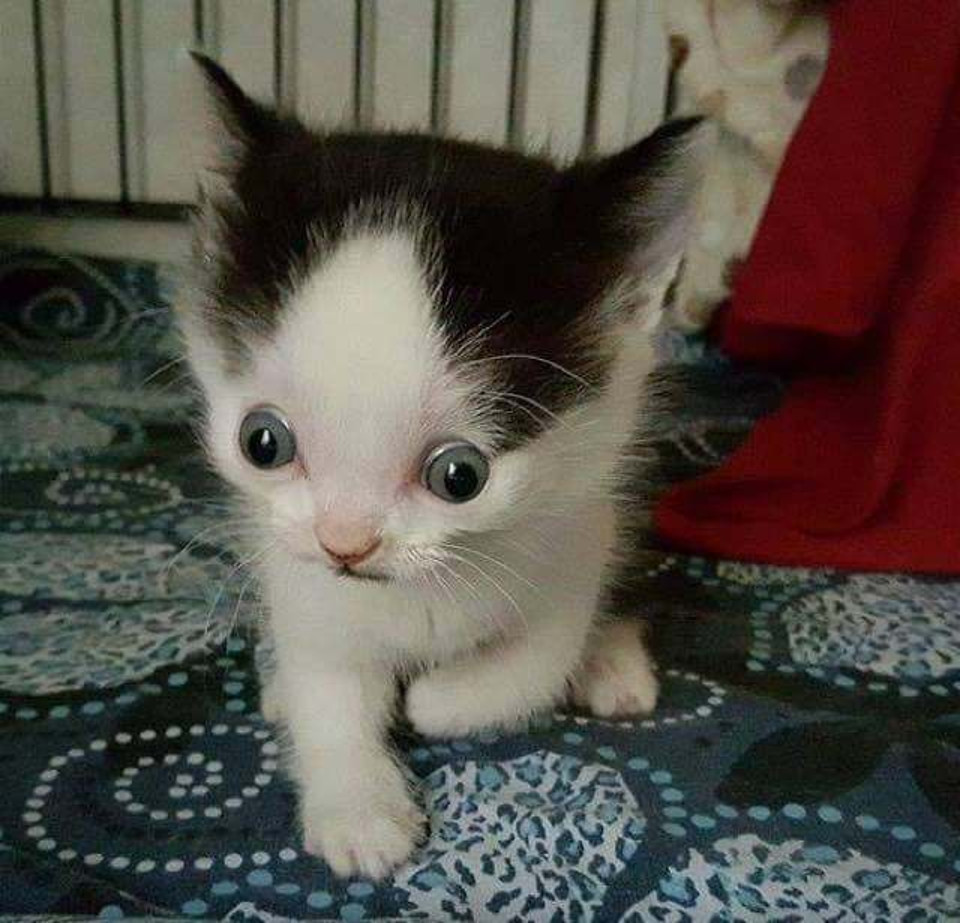 Zeke was born with what is commonly referred to as ‘water on the brain,’ and with his tiny legs all twisted. Water on the brain, also known as hydrocephalic is a rare condition in cats in which there is an accumulation of cerebrospinal fluid within the brain. This typically causes increased pressure inside the skull. As a result of his condition, Zeke looks a little different. His chances of finding a forever loving family were pretty small. Few people would adopt a cat like him.

A woman, all the way from the other side of the country gave this cute kitten his second chance at life and decided to adopt him. In July 2015, Lisa Jones from Super Heros Animal Hydrocephalus Society heard about Zeke and decided to take him home. She arranged for him to fly from Texas to New York. Before Zeke made it to Lisa’s care, he had been rescued from the DFW shelter by Kaley’s Place.

When Zeke arrived at New York, he weighed only 14 ounces and he had some skeletal disorders and two legs were twisted.

It didn’t take long for Zeke to accustom at his new place. Lisa had another cat named Super Hero who also had the same condition as Zeke, suffering with hydrocephalus. Zeke and Super Hero have bonded, and now Zeke has a best feline friend! Even though his tiny legs are all twisted, that doesn’t prevent him from living a happy life. He just walks on his elbow or hops like a tiny kangaroo!

“He romps, rolls, plays and unsuccessfully tried to climb (but it was a good try) and believes his litter box is actually a sand box and digs and somersaults all around in the litter.

“How do you correct a behavior that is just beyond adorable? You don’t, you just make sure it’s constantly clean!” said Zeke’s mom.

Zeke is grown up now and he is a beauty!